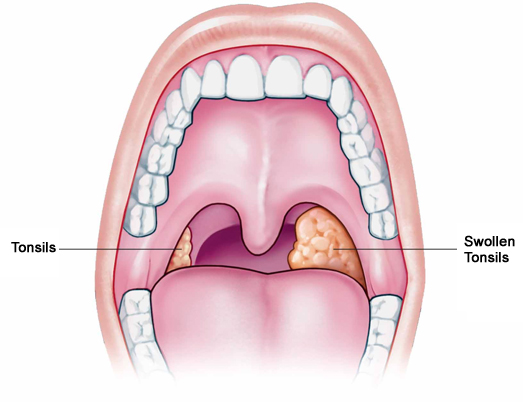 Pros and Cons of Singing with or without Tonsils

I have been asked about the pros and cons about having tonsils removed over the years and thought it might be interesting to explore in an article. First, let’s answer the question, “What are tonsils?”

Tonsils (palatine tonsils) are the oddly shaped masses of soft tissue located in the back of the throat (oropharynx region), which are part of the lymphatic system designed to help fight off infections.  They vary in size and are susceptible to swelling for a variety of reasons.  The removal of tonsils (tonsillectomy) has been practiced for nearly 3,000 years due to chronic or severe swelling, sore throats, tonsillitis, and more recently for extreme cases of sleep apnea and snoring.  There is no evidence showing that tonsillectomies weaken or impair the lymphatic systems ability to fight infections.  However, there are always risks involved with any kind of surgery and should be taken seriously when considering a tonsillectomy.

So what does this have to do with singing?  The tonsils are several inches above the larynx (which house the vocal folds), and can play a small role in the tone of one’s speaking and singing voice.  Tone (the shape of sound) is created primarily by the space above the larynx. The more space and smooth surfaces there are (like a large tiled bathroom), the more overtones are amplified, creating a fuller and richer sound with less effort. Someone who has had their tonsils removed, gained more space with less sound absorbing surfaces, which is beneficial for triggering overtones.  This DOES NOT mean someone without tonsils sings or sounds better than someone with tonsils.  Nor does it mean that if one were to remove their tonsils, they would automatically gain a fuller and richer sound. Allow me to explain…

There are countless examples of famous singers in every genre of music that still have their tonsils.  Can you HEAR if someone has their tonsils?  No.  If you learn that someone has tonsils before you hear them sing, do you know what they will sound like?  No.  Although there are arguable advantages of having more space above the larynx, it rarely makes an identifiable difference for the listener.  This may be partly because scar tissue is formed with the removal of tonsils, which is far less flexible than the surrounding areas that we use to shape our sound.  A perfect example is Demi Lovato.  Demi, noted for her powerful range with an identifiable tone, had a tonsillectomy a couple of years ago due to chronic swelling.  After just a couple months of rest and basic vocal therapy, her audience doesn’t know the difference!

The younger someone is (especially pre-teen) when they have their tonsils removed, the less effect it will have on their voice. This is because they are still rapidly developing, adjusting, and defining their sound and control over their body and voice naturally. If there is an audible difference in someone’s speaking or singing voice a couple weeks post-surgery, it is either due to an unlikely injury from the surgery, or more commonly; a communication issue where the brain attempts to play old “programs” during phonation with a new, slightly-modified, vocal-instrument. This behavioral imbalance can cause a singer to over compensate with muscle tensions, leading to friction and fatigue of the vocal folds. This can be addressed by simply practicing fundamental breathing, intonation and tone based exercises to re-balance the instrument and re-program the mind over a few months time.

Chronic tonsil stones (calcification of calcium deposits and debris), severe swelling and illness can wreak havoc on a singers career and health of their instrument.  In these cases, the removal of tonsils may be wise, but it is hardly worth the risk of injury to the folds during intubation (or even death in the most extreme of cases) just for the heck of it. These decisions should be based solely on whats best for a singers overall health, not what may or may not give them a slightly different sound when singing. It is far more advantageous to do vocal related exercises that help you develop your tonal possibilities, which is exactly what you would need to do post-surgery anyway!

For specific vocal exercises, try the Throga App or 7 Dimensions of Singing book.